Pam joined Legacy in November 2013. She is a life long Michigan resident. She has loved the outdoors since childhood, whether playing soccer, gardening, or camping with her family. Eventually, her deep appreciation for nature led her to Aquinas College, a school known for its beautiful forested campus. There she earned degrees in Geography and Sociology.  Pam lives in Plymouth with her husband Tim, daughters Jameson and Finley, and cat, Harley. When she’s not playing in the dirt, brewing beer, or daydreaming about riding motorcycles, Pam enjoys spending time outdoors experiencing nature through the lens of her camera. 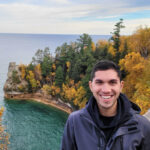 Mario joins Legacy after graduating with a Hospitality and Tourism Management degree from Grand Valley State University. Prior to joining Legacy, Mario spent over 10 years working within the Hospitality Industry. Mario loves spending time with his partner and dog Daisy and enjoys traveling, cooking, hiking, canoeing, photography, and film. 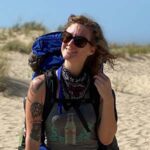 Krista Jacob grew up wandering between cornfields and raspberry patches on Jackson County farmland. With a degree in journalism from Eastern Michigan University, she has spent the last three years with the Ypsilanti Freighthouse – a nonprofit dedicated to historic preservation and community event planning. Krista comes to Legacy with a deep passion for building community through shared experiences. Currently, she serves as the vice chair of Hero Nation, a local nonprofit that uses nerd culture such as comic books and video games to empower youth who experience marginalization. Krista calls Ypsilanti home, and spends her free time exploring Michigan’s public spaces, usually with a cold beer or hot coffee in hand. 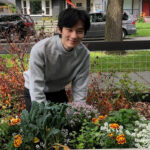 Born and raised in the upper panhandle of Idaho, Kyto grew up with a deep connection to the natural world through the vast forests and wilderness of the gem state. His fascination for wildlife and natural ecosystems only grew as he earned his undergraduate degree in Environmental Science at Western Washington University. He moved to Michigan after working in a variety of government and non-profit organizations focused on restoration and preservation in the western Washington region. In his free time, Kyto can either be found at home trying out a new cooking recipe and enjoying a film, or outside tending to his garden or exploring new trails with his camera in hand. 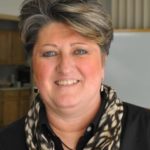 Diana Kern has extensive executive leadership background and a passion for nonprofit management, fundraising, and governance. After 17 years of progressive leadership roles with McKinley, Diana left for the nonprofit world where she served for NEW (Nonprofit Enterprise at Work) as Vice President, and then for Eversight as an Executive Director and Vice President of Philanthropy. Diana joined Legacy Land Conservancy at the beginning of 2019 and brings a conservation lens.  Diana has lived in Michigan for over 50 years and has served on numerous nonprofit boards, committees and task forces, including joining an all-volunteer group of community leaders in 2013 to raise over $1.6 million to fund the build and opening of the Ann Arbor Skatepark.  Currently Diana serves as a board member for The Ark in Ann Arbor, Michigan and is a member of the Ann Arbor Host Lions Club. When not working on land conservation issues, she can be found bird watching, hiking, and listening to music. 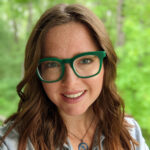 Susan learned an appreciation and respect for the environment at an early age spending summers on Higgins Lake, and Puget Sound. She later earned an undergraduate degree in Environmental Policy and Political Science from the University of Michigan. Susan returned to Michigan after working with other land trusts in New York, Pennsylvania, and Washington State. She is passionate about conserving land in local watersheds, especially in the Great Lakes, as well as keeping land affordable for future generations and underserved populations. In her free time, Susan enjoys sailing, knitting, listening to music, cross country skiing, cooking with local produce and spending time with her family, including her dog, Zinnia Stardust. 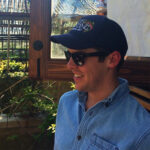 Born and raised in east-central Indiana, Clint’s passion for nature was nurtured by summers spent roaming through the woods with his grandfather and helping him tend his garden and orchard. After earning a BA in Biology from Indiana University (IU) and working as a microbiologist at an environmental testing lab, he returned to the O’Neill School of Public and Environmental Affairs at IU where he studied ecology and conservation and earned master’s degrees in environmental science and public affairs. He is excited to apply his knowledge and experience with his passion for conservation to help preserve our most valuable natural spaces for future generations. In his free time, Clint enjoys cooking and baking, watching soccer and basketball, and reading (usually science-fiction). 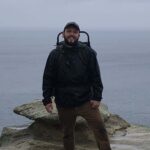 Born and raised in southwest Michigan, Kyler spent countless hours growing up playing in creeks and jumping in mud puddles. As he matured, his fascination with the natural world transitioned into a passion for conservation and natural resources management. Kyler began his career by pursuing a degree in fisheries and wildlife from Michigan State University as well as studying sustainable natural resources recreation management. He cut his teeth in the nonprofit land trust world with the Grand Traverse Regional Land Conservancy where he served as a Huron Pines Americorps member for two years before joining us at Legacy. In his free time, Kyler can often be found lounging with a hot cup of coffee and a Stephen King novel, or out exploring local hiking trails. 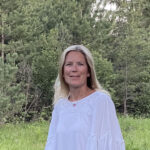 Michelle was born and raised on 40 acres of trees and fields in Grand Rapids, Minnesota. She played ice hockey at St. Cloud State University, where she graduated with a Bachelor of Science in Accounting and an Emphasis in International Business. She worked at Ernst & Young, LLP in the Minneapolis and Boston offices for 16 years and gained valuable experience with not-for-profit organizations, both from a client and volunteer perspective.

She lives in Ann Arbor with her husband, Matt, daughters, CeCe and Emme, and the spoiled child of the family, Kona, her Portuguese Water Dog.  In her spare time, you can find her in the winter on the rink either coaching or playing hockey, watching her girls and husband play hockey or in the summer, anywhere outdoors, reading, gardening, biking, walking or hanging at the pool with her girls. 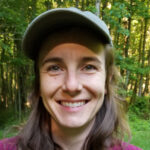 Raised on a llama farm in rural west Michigan, Allene comes to Legacy with a deeply-rooted appreciation for Michigan and its varied landscapes. After earning a BS in Plant Biology from Western Michigan University, she gained stewardship experience while working with The Nature Conservancy, MDNR, the Forest Service, and the Land Conservancy of West Michigan. In her free time, Allene pursues education in herbal medicine, nutrition, and the nature of human experience. 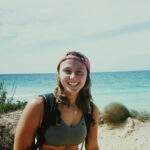 Ally was born and raised in Garden City, Michigan but spent most summers in northern Michigan where her passion for conservation biology was fueled by the beautiful natural resources she enjoyed there. She earned her B.S. in Biological Sciences from the University of Michigan – Dearborn. Ally is serving at Legacy as part of Huron Pines AmeriCorps and remains committed to the preservation and restoration of Michigan’s natural ecosystems. In her free time Ally enjoys playing and watching basketball, biking, and reading comic books.